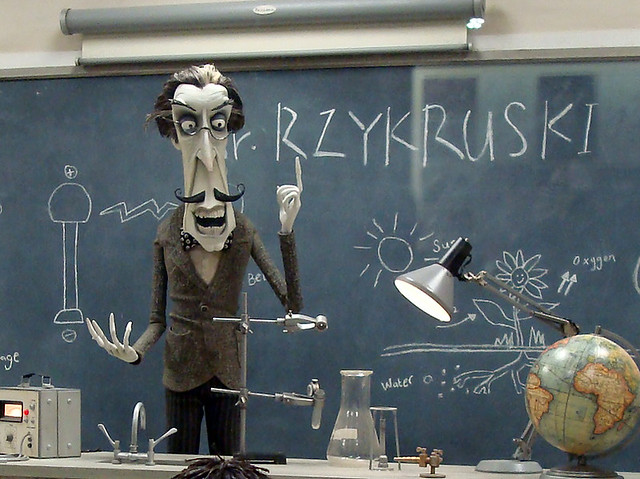 The best calling card that any filmmaker can present is actual work, which is why so often music video directors find themselves courted by Hollywood.  More often, short films tend to capture producers’ attention as they give an immediate impression of a director’s visual style and storytelling skills.  These directors are given the chance to expand their story, such as Andrés Muschietti’s Mama, or are used by independent filmmakers to raise money to film a feature version of their short, like Paul Thomas Anderson’s The Dirk Diggler Story (which became Boogie Nights).  Many of these shorts are fresh and innovative and utilize special effects to help bolster their story—just like the big guys.

Tim Burton directed Frankenweenie while working as an animator at Disney (where he worked on The Black Cauldron and The Fox and the Hound) with the studio’s intention to attach the short to their 1984 re-release of Pinocchio.  The studio wasn’t ready for Burton’s vision and the original live-action short was shelved until the auteur found success post-Pee-wee’s Big Adventure, Beetlejuice and Batman when it was released to home video.  In 2007, Burton signed with Disney to direct two films utilizing the studio’s 3D technology.  The first, Alice in Wonderland, was a hit and Frankenweekie, now reimagined as an animated feature, received great accolades and was nominated for an Oscar for Best Animated Feature Film.

Michigan writer/director/producer Sam Raimi raised $1600 with producer Rob Tappert to shoot his horror short Within the Woods as a proof of concept to attract investors in a feature-length film.  Starring Raimi’s friends, Bruce Campbell and Ellen Sandweiss, the short was about a demonic force that is released in the woods and causes havoc among several friends.  The feature-length version, The Evil Dead, gained a cult following and propelled Bruce Campbell as a beloved cinematic personality.  The editors of The Evil Dead, Joel and Ethan Coen, are now multi-Academy Award winning filmmakers.  Two sequels were made, and Raimi has since become a top director/producer with a filmography that includes the original Spider-Man trilogy, Oz the Great and Powerful, A Simple Plan and Drag Me To Hell.  In 2013, Raimi, Tappert and Campbell co-produced a new remake of The Evil Dead.

Co-stars of Judd Apatow’s television series, Undeclared, Jay Baruchel and Seth Rogen played themselves in this nine-minute short about two friends and actors who have trapped themselves in their apartment and bicker as the end of the world happens around them.  A few years later, Rogen and Baruchel, along with Rogen’s writing and directing partner Evan Goldberg, reimagined the film as This is the End, which focused on a Hollywood party that is interrupted by the Biblical Rapture, trapping exaggerated versions of Rogen, Baruchel, James Franco, Craig Robinson, Danny McBride and Jonah Hill in a house together as the world is falling apart around them.

Director Neill Blomkamp’s Alive in Joburg was a science fiction short that was a commentary on apartheid, focusing on a dystopian South Africa and the treatment of the alien refugees by the human population.  Catching the eye of Peter Jackson, Blomkamp was initially slated to direct the adaptation of the game Halo, but instead expanded Joburg with star Sharlto Copley in his 2009 feature, District 9, which was nominated for an Academy Award for Best Picture.

Jared Hess recruited Brigham Young University classmate Jon Heder to star in his school assignment, Peluca, which focuses on Seth (Heder) skipping school with his friends Pedro and Giel.  The film played Slamdance and was expanded into the feature film Napoleon Dynamite by Hess and his wife, Jerusha.  Napoleon Dynamite became a cult phenomenon, grossing over $46 million.  It was later adapted into an animated series for Fox.