The cultural and financial capital of the world, New York is one of the most unique and influential cities in the world, affecting commerce, finance, media, art, fashion, research, technology, education, and entertainment.
And without a doubt, it’s one of the most awesome places on Earth. Here are ten reasons to back that up. 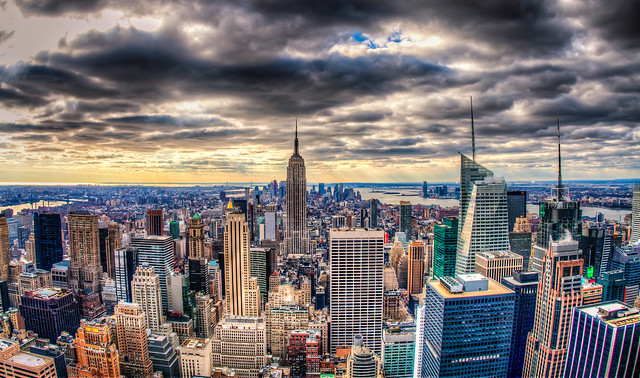 New York has the best skyline on Earth. Among the iconic sites that can be seen include the Empire State Building, the Chrysler Building, Rockefeller Center, the Condé Nast Building, the MetLife Building, the New Yorker Hotel sign, and One World Trade Center. And depending on the angle, you can also see the Statue of Liberty and the Brooklyn Bridge.

Truly the city that never sleeps, New York’s subways, buses, and the Staten Island Ferry operate 24 hours a day, seven days a week. Bars stay open until 4:00 a.m. and there are dozens of restaurants open offering virtually any kind of ethnic food imaginable. But there’s lots more than that: you can find a beauty parlor (Hair Party), buy produce (Rossman Fruit and Vegetable Distribution), pick up that much-needed copy of Thriller (Best Buy in Union Square), shop for hardware supplies (Nuthouse Hardware), go bowling or play pool (Whitestone Lanes and Space Billiard Café) or work out at one of the city’s plentiful 24-hour gyms.

3. It’s The Place Where Hip-Hop Was Born 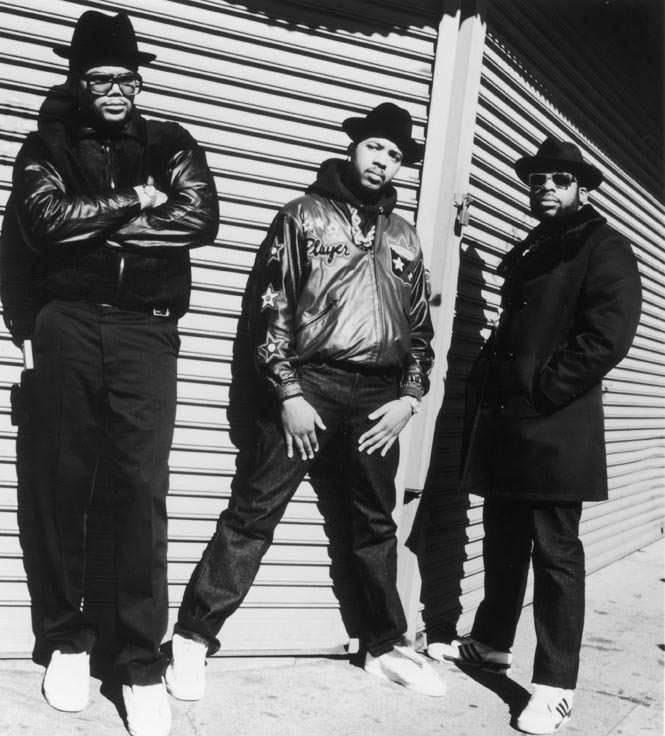 Exploding from the South Bronx and Harlem among black and Latinos the 1970s, Hip-Hop culture introduced rap, graffiti, break dancing and DJ-ing as a form of expression that has influenced literally every aspect of the arts since including dance, painting, music, fashion, and language. The fathers of Hip-Hop included DJ Kool Herc, DJ Afrika Bambaattaa, Grand Wizzard Theodore, Grandmaster Flash, and The Sugarhill Gang.
Other early icons included Run-DMC, Public Enemy, Big Daddy Kane, Biz Markie, Doug E. Fresh, The Beastie Boys, Salt-N-Pepa, LL Cool J, KRS-One, De La Soul, Erik B. & Rakeem and The Wu-Tang Klan.
In today’s culture, Hip-Hop has either partnered with or has been absorbed by modern brands, and talented superstars such as the late The Notorious B.I.G., Foxy Brown, Mos Def, 50 Cent, Sean “Puffy” Combs, Nas, and Jay-Z ,who still manage to combine their vision and talent with commercial appeal.

4. Where Late Night Television Got An Attitude Starting in 1975, a young Canadian producer, Lorne Michaels, launched a late night television variety show to replace reruns of The Tonight Show with Johnny Carson with a cast of young ,unknown comedians including Chevy Chase, Gilda Radner, John Belushi, Dan Aykroyd, Jane Curtain, Garrett Morris, and Laraine Newman. Within a year, this show, Saturday Night Live, transformed the landscape of television and the series became a training ground for some of the most important comic voices of our time. It became a reason to stay home on a Saturday night and something to talk about all week long. And every episode reminded the viewer that “Live From New York, it’s Saturday Night!”
In 1982, the hip culture of New York was gauged by David Letterman, a gap-toothed Midwesterner who challenged the conventions of what a talk show could be. On Late Night With David Letterman, which ran until 1993 on NBC to The Late Show With David Letterman which will come to a historic end in 2015, David Letterman has gone from the snide kid to television’s elder statesman. And with his nightly Top 10 List, his love for New York couldn’t be more apparent.

5. It’s The Home of Sesame Street 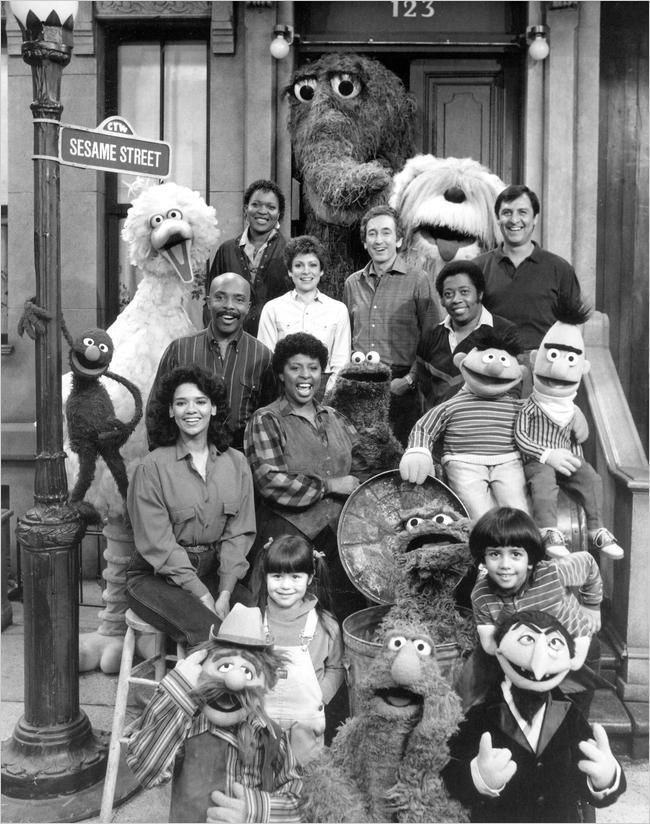 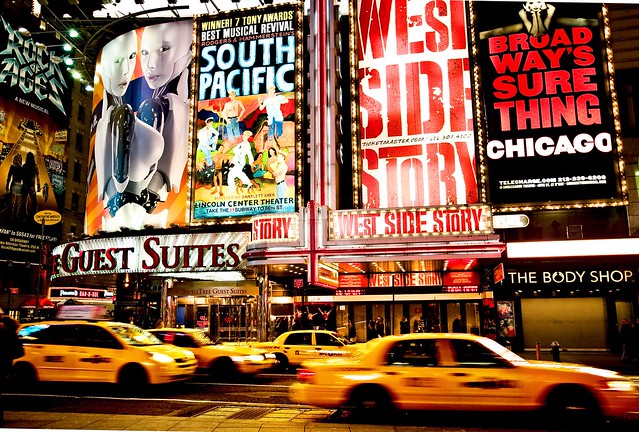 Located in the Theater District and Lincoln Center along Broadway are the 40 professional theaters offering the highest quality of commercial theater in the world. Both musicals and stage plays on Broadway are draws for international audiences as they often rely on casting casting well-known performers from film and television in leading roles. Often, revivals of Broadway shows are draws for producers, audiences and the actors themselves. Many of the shows are open ended and consistently draw audiences years after it’s initial premiere. Current iconic shows running on Broadway include Kinky Boots, Chicago, Jersey Boys, Once, Mamma Mia!, The Book of Mormon, Wicked, Rock of Ages, Les Misérables, The Phantom of the Opera, The Lion King and Beautiful: The Carole King Musical.

For some filmmakers, New York City itself is as important a collaborator as the actors and crew. These director’s shoot their films in the city and continue to utilize it’s sights, sounds and locations as an integral part to their own voice. Much of Woody Allen’s best work has a New York backdrop including Annie Hall, Manhattan, Hannah and Her Sisters, Crimes & Misdemeanors, Radio Days, Broadway Danny Rose, Manhattan Murder Mystery and Bullets Over Broadway. He also joined Francis Ford Coppola and Martin Scorsese in the anthology film New York Stories. Coppola’s New York included the multi-generational Corleone saga as depicted in The Godfather trilogy, as well as The Conversation and The Cotton Club.
Martin Scorsese’s work has covered virtually the entire history of the city including the 19th Century New York in The Age of Innocence and Gangs of New York, the Forties in New York, New York, the Seventies in Mean Streets and Taxi Driver, the Eighties in After Hours, Goodfellas and The King of Comedy, and the Nineties in Bringing Out The Dead and The Wolf of Wall Street.
Another iconic New York director is Spike Lee, who has focused much of his work in the city, and most often in Brooklyn. Among Spike’s most iconic New York films are She’s Gotta Have It, Crooklyn, Do The Right Thing, Mo’ Better Blues,Bamboozled, Summer of Sam, 25th Hour, Inside Man and Clockers.

8. New York Creates Food You Couldn’t Imagine Existing and Then Can’t Live Without 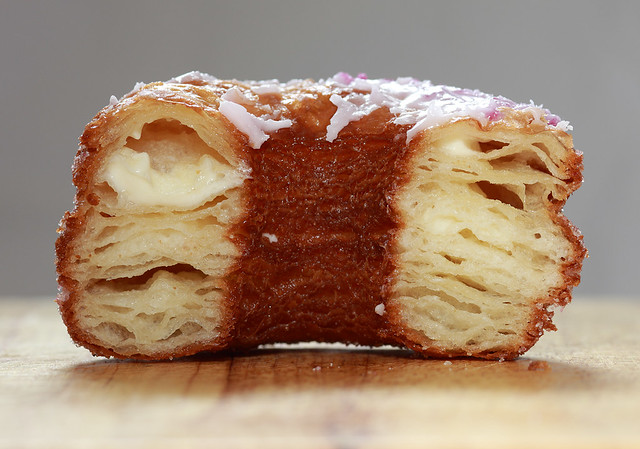 Being both a melting pot and home of some of the world’s finest chefs, there’s always something new to try in New York, the more outrageous and bizarre, the better.
And usually more popular.
From food trucks to the the croissant and donut hybrid, The Cronut, found at Dominique Ansel Bakery to A.B. Biagi’s Hot Ice-Cream Sandwich to Chef Keizo Shimamoto’s Ramen Burger to the new bagel renaissance courtesy of Black Seed Bagels in Manhattan’s Nolita neighborhood, New York has thousands of interesting and unusual flavors and dishes to sample for “Foodies” of every persuasion. 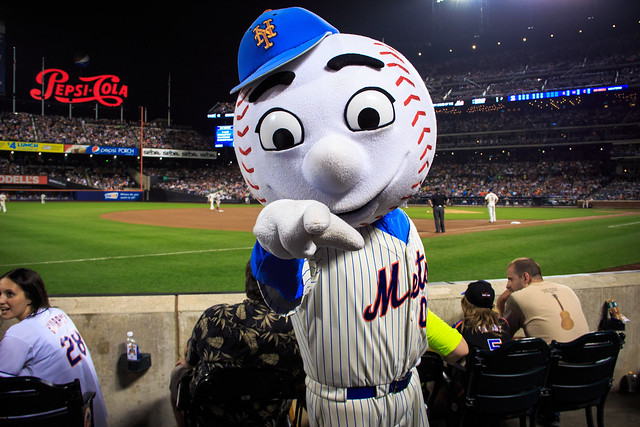 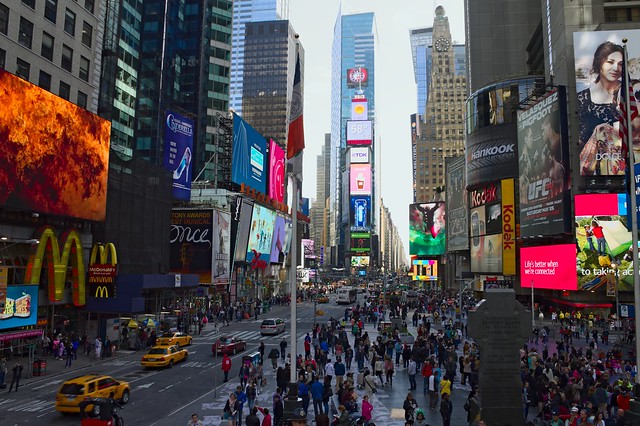 Once considered the worst block in town with an unprecedented 2,300 annual crimes (including rape and murder), Times Square was part of a mass redevelopment starting in 1990 which both eliminated the criminal element as well as attracted high profile retailers and companies, making it the number-one visited place globally with 360,000 pedestrian visitors a day, amounting to over 131 million a year. It is home of the annual New Year’s Eve ball drop, attracting millions of television audience viewers and visitors worldwide. Among the tourist destinations are the Times Square Visitor Center, the Ripley’s Believe it or Not! Museum, Madame Tussaud’s Wax Museum, a Toys R Us with an indoor 60-feet-high ferris wheel, M&Ms World, Hershey’s Times Square, the Disney Store, MTV’s headquarters, Times Square Studios (home of ABC’s Good Morning America), The Hard Rock Cafe and Planet Hollywood.

UPDATE: Netflix has just released a trailer for its new Martin Scorsese film The Irishman – also set in New York, featuring locations, such as the hair salon set at Karina’s Beauty Salon & Barber Shop – where filming took place in October 2017.