At Indigo Productions, video seeding is one of the most critical components of viral video production.

After a video has been produced and delivered, it still requires a certain amount of initial viewership in order to go viral.

The goal of Indigo’s video seeding program is to kickstart viewership and help the video reach critical mass with its target audience so that it starts spreading organically across the web.

It’s not because the video isn’t good enough. It’s because some people simply don’t interact on the web—they read and listen but don’t say anything themselves.

The amount of people needed to push a video viral varies by project. In some cases, several hundred views will be enough if the video is really good. In other cases, several thousand—or even tens of thousands—will be required before the video can start spreading organically.

At Indigo Productions, we develop custom-designed marketing and distribution plans for each video we produce based on the goals and aspirations of that particular project.

Before seeding the video, the Indigo Productions SEO team will analyze the target market and identify the right viewers that will be most interested in the video and most likely to act on it. Then we identify the right mix of media channels and platforms for distribution.

From there, we perform keyword research and analysis to make sure that the video ranks in search engines—as well as YouTube, Facebook, or other pertinent websites—and people can find it easily.

The final stage is the actual distribution and evaluation/reporting. We distribute the video through a variety of channels, which may include:

There are many ways of seeding the video, which include but are not limited to manual submissions, sponsored advertising, banner ads, email blasts, and through a variety of public relations methodologies and networks.

Last but not least, we track the success of each video and report on the reach and market penetration. Based on those reports, we analyze the success of the project and employ follow-up strategies as necessary.

The JK Divorce Entrance Dance—you can watch it on YouTube—is a perfect example of a successful video seeding. We uploaded it to YouTube after midnight and immediately afterward began the video seeding process. The result? By the morning, we already had over 100,000 views—we don’t know the exact number because the YouTube view counter broke. Once the video went viral, it crossed the 10,000,000 (that’s 10 million!) view mark.

If you have a story to tell or a message to share, let Indigo Productions help you get your voice heard!

Call us at 212-765-5224 or visit our contact page to learn about the full range of marketing and video production services that we offer. 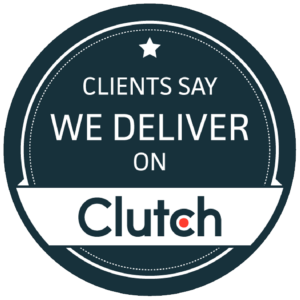